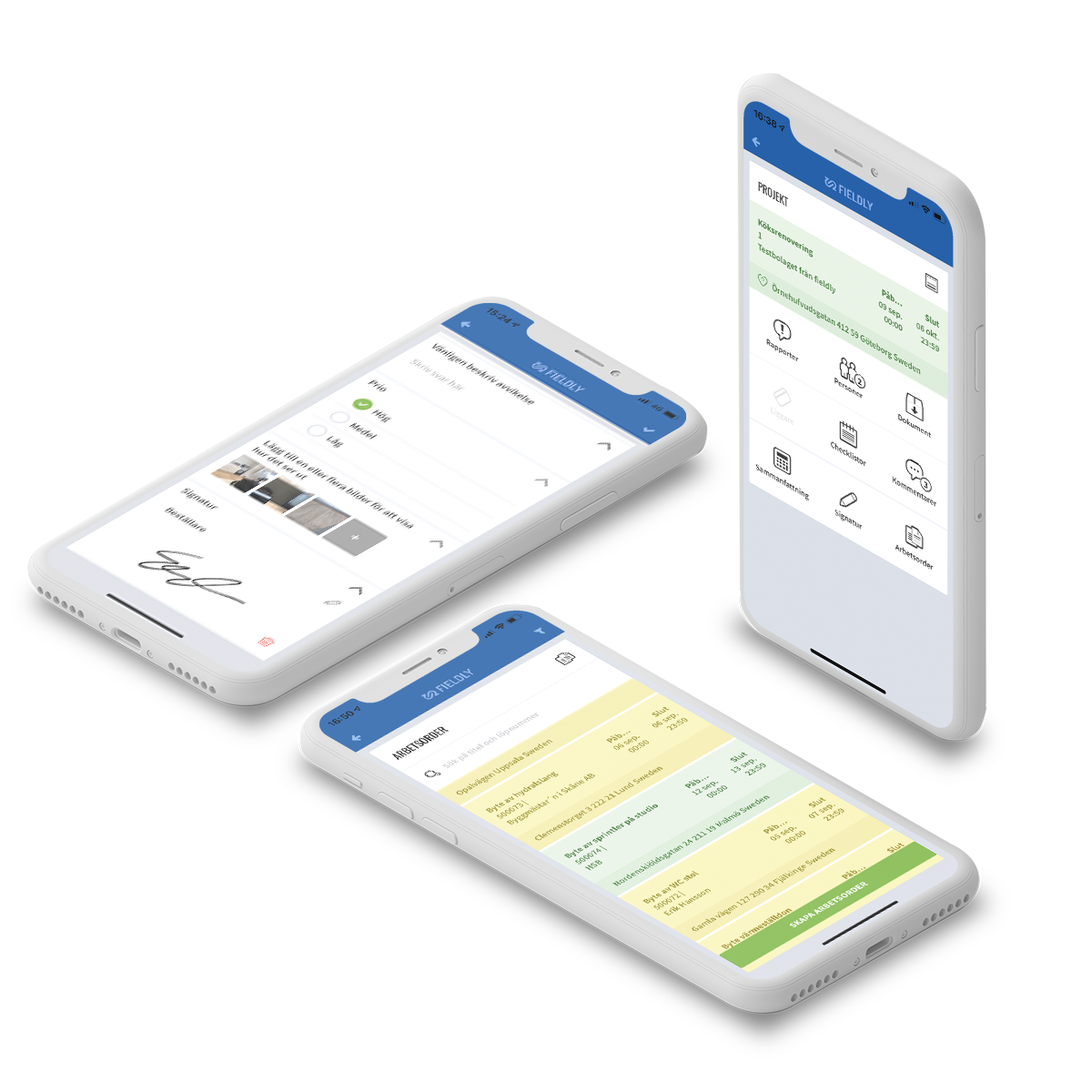 Fieldly is used in over 150,000 projects worldwide.

Reduce administration by up to 50%. Our users spend on average one hour less on administration per employee and working day compared with before they started using us.

With over 22,000 users, we are proud to contribute to building sector companies growing and feeling good. Time is a valuable resource. Use it smart with Fieldly.

Rails Girls is an international phenomenon. Founded in Finland in 2010, by Linda Liukas and Karri Saarinen, the programming workshop has become a globally established success. All around the world workshops are being held teaching women how to code, using the framework of Ruby on Rails. “Opening up IT to women and women to IT”, is the expressed goal of the non-profit organization.

February 24 and 25 mark the sixth edition of Rails Girls Warsaw, one Fieldlyis proud to be sponsoring.

Magda Malinowska, one of our talented Backend developers, is an organizer of Rails Girls in Poland.

- I think the main aim of Rails Girls is to show that programming is not some magic thing that is unavailable to women.

Magda has been organizing the 2-day weekend workshop since the first edition of Rails Girls in Warsaw, six years ago.

- It was announced that the first workshop was being postponed, so I asked if I could help organize it.

As an organizer, she deals with the many practical parts of setting up and arranging a workshop of 45 attendees divided into 15 groups of 3 women and one coach in each.

Programming not scary or difficult

Magda is not the only Fieldly developer encouraging girls and women to explore the possibilities of IT and programming. Backend developer Olga Grabek and Fieldly CTO Tomasz Warkocki got involved with the workshop event through Magda and now act as coaches. The upcoming Warsaw event, the sixth edition held in the city, will be Tomasz’s third time as a coach at Rails Girls.

- I work with a group of three girls. We create a micro web application using the Ruby on Rails framework.

The web application is, however, not the number one priority of the event. The purpose is rather to introduce women that are not normally involved in tech to programming and teach them foundational and useful skills. Tomasz explains:

- As a coach I’m trying to prove, mainly to women coming from outside IT, that programming is neither scary nor difficult.

To Magda the reason for being involved in Rails Girls is much the same as for Tomasz.

- We want to inspire and show tools that help women understand technology. And we want to motivate them to try and build something.

Many Rails Girls attendees have been surprised to find they like coding a lot and some have pursued careers as programmers. Even if not all Rails Girls take up programming as a profession, their understanding of the field has been broadened.

- Some find their place in other fields that are connected to programming. For some it’s just a nice experience; they learn something and put that knowledge to use at work or in their spare time.

Rails Girls can be said to have created an eco-system of girls and women who attend editions of the event and later return as coaches and mentors. The desire to create and make things becomes contagious and the coding bug has been known to find its way to many attendants.

- Sometimes Rails Girls make a difference in the path women choose for themselves. When it doesn’t, it’s still a mental change. They are more willing to try something that looks scary at first sight.